James Harden reportedly finalized his deal to return to the Philadelphia 76ers on Wednesday.

Harden and the 76ers agreed to a two-year deal worth $68 million that includes a player option for the second season, according to multiple reports. He will reportedly make $33 million this season, and he would make $35 million should he opt into the second season of his deal.

He will make about $14.5 million less this coming season than what he could have earned if he opted into his $47.4 million option on his original deal. Harden said he wanted to be more flexible and wanted the 76ers to add more pieces before taking any money from the team.

James Harden, #1 of the Philadelphia 76ers, dribbles up the court in the second half of Game Four of the Eastern Conference First Round against the Toronto Raptors at Scotiabank Arena on April 23, 2022 in Toronto, Canada. (Cole Burston/Getty Images)

Philadelphia did add P.J. Tucker, who spent last season with the Miami Heat – the team that knocked Philadelphia out of the playoffs.

James Harden, #1 of the Philadelphia 76ers, looks on during Round 1 Game 4 of the 2022 NBA Playoffs against Toronto Raptors on April 23, 2022 at the Scotiabank Arena in Toronto, Ontario, Canada. (Vaughn Ridley/NBAE via Getty Images)

“We got some really good pieces this summer, so now it’s time for us to go do the hard work,” Harden told the Associated Press earlier in the week.

James Harden, #1 of the Philadelphia 76ers, in Game Six of the 2022 NBA Playoffs Eastern Conference Semifinals at Wells Fargo Center on May 12, 2022 in Philadelphia, Pennsylvania. (Tim Nwachukwu/Getty Images)

Tucker and Harden played together when both of them were on the Houston Rockets. Tucker told Fox News Digital earlier in the week he was excited to team up with Harden again. 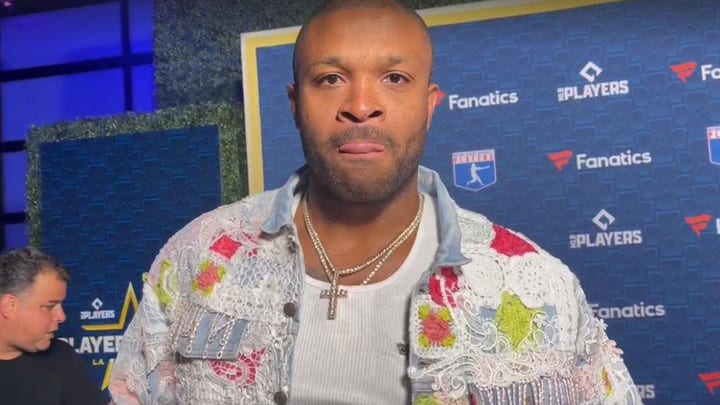 The 76ers acquired Harden in a deadline trade with the Nets which saw Ben Simmons, Andre Drummond and Seth Curry head to Brooklyn.

In 21 games with the 76ers, Harden averaged 21 points, 10.5 assists and 7.1 rebounds per game. Now, he gets a shot at a full season with Philadelphia and perennial MVP candidate Joel Embiid to see what the team can do.

The Associated Press contributed to this report.

Ryan Gaydos is the sports editor for Fox News and Fox Business. Story tips can be sent to [email protected]