Clay Travis: Lori Lightfoot is the worst mayor in America

OutKick founder Clay Travis labeled Lori Lightfoot as “the worst mayor in America” after the Chicago Bears declined to stay at Soldier Field despite the mayor’s proposed stadium renovations. On “Fox & Friends” Wednesday, Travis suggested Lightfoot’s mishandling of the surging crime made a stadium in the suburbs more desirable than the city.

LAWRENCE JONES GOES OFF ON LORI LIGHTFOOT: ‘THE BIGGEST BUNCH OF HYPOCRITES’

CLAY TRAVIS: She’s the worst mayor in America right now, which is saying something, because I know there’s a lot of people out there watching right now saying, ‘have you seen what’s going on in Philadelphia and Los Angeles?” And so many different cities out there right now are struggling. But I think Chicago, more than any other, has the worst mayor in America now that Bill de Blasio has decided he’s no longer the mayor here and also not running for Congress.

WATCH THE FULL INTERVIEW BELOW: 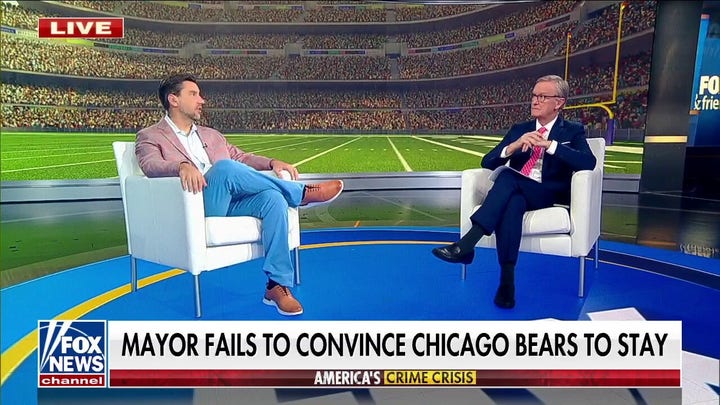