Collegiate athlete on transgender competition: Women are ‘afraid to see the end’ of female sports

Collegiate runner Madisan DeBos speaks out against transgender athletes in women’s sports and asks for a return to ‘fairness.’

After nearly two decades of success in cross-country and track, collegiate athlete Madisan DeBos found herself in 2020 competing against a transgender athlete who had already crushed records set by some of the fastest women in the sport.

“We really just need to get back to focusing on having fairness in women’s sports, because I think so many are afraid to see the end of women’s sports with having male athletes competing within our sports,” DeBos said on “America’s Newsroom” Thursday.

DeBos said she decided to be a vocal critic against the embrace of transgender athletes so future generations of female athletes wouldn’t have to fight to compete.

“What I signed up for was running against similarly advantaged competitors — other women,” Debos wrote in a Fox News op-ed. “What I have experienced, and seen repeated across the nation, is a different story, and it’s why I’m speaking out.”

President Biden’s administration has defended the right of transgender athletes to compete against biological women despite pushback from prominent female athletes. 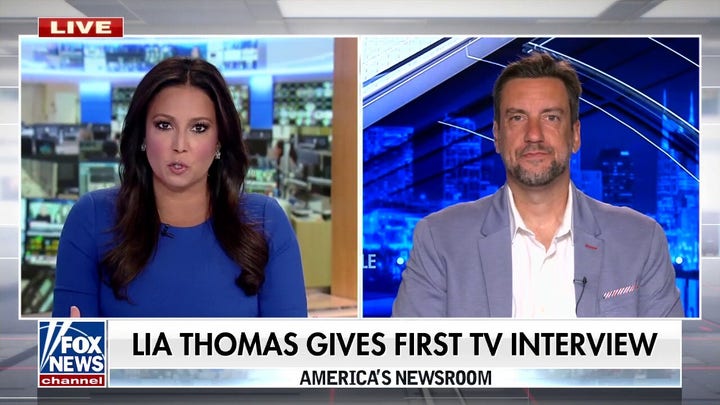 Former Olympic gold medalist Caitlyn Jenner has been vocal in calling out the NCAA for the unfair competition.

“This is not Lia Thomas’ fault,” Jenner said on “Fox & Friends.” “She played by the rules … Really, my concerns are with the NCAA. Their rules have to be a lot more stringent. I think they have to be more difficult. I don’t think just one year of hormone replacement therapy is enough.”

The NCAA has remained largely quiet on the issue, making its official policy on transgender athletes a sport-by-sport issue to be decided by the specific governing body of a given sport.

DeBos urged other female athletes to join the fight and speak up for fair competition for future generations of women.

“I and a lot of other female athletes will take bumps and bruises along the way if it means that we can get back to fairness in women’s sports,” she said.

Madeline Coggins is a Digital Production Assistant with Fox News.