Athletes should be able to speak out on ideas close to them so long as they understand the issue at-hand, said ESPN host Stephen A. Smith, arguing they are often held to higher standards than elected officials.

In an interview with “Life, Liberty & Levin” upon release of his memoir “Straight Shooter,” Smith said the merits behind injection of politics into sports depends on the situation.

“[W]hen you speak on a plethora of issues, you’ve got to have some idea what you’re talking about,” he said.

“I don’t think it’s beyond the pale for the public or for pundits and commentators… not wanting them to do so if they have something to say, but wanting them to be quiet if they don’t have anything to say and you’re just talking to be talking,” Smith told host Mark Levin.

STEPHEN A SMITH OVERCAME DYSLEXIA, DOUBTERS ON ROAD TO SUCCESS

Smith said athletes cultivate relationships with sponsors and public figures, and that they therefore have a vested interest in certain issues and political dynamics depending on those engagements.

“[T]hen they certainly have a right to speak on the state of affairs in our society,” he said. “They just need to know what they’re talking about, and they need to be fair-minded when they do so.”

When asked about some U.S. athletes’ views — and what some critics say is deference to — China, Smith reiterated that the individuals should know what they are talking about, but also not be held to a higher standard than elected politicians who engage in commentary and legislation about Chinese-American diplomacy.

“Here’s my issue,” he said. “When you’re talking about the athlete themselves — it’s just like when Phil Mickelson and all of these guys got involved with LIV Golf, and golfers were willing to do business with Saudi Arabia — what the American public needs to understand is that it’s far easier to hold somebody like Phil Mickelson, Gary Player or other folks accountable, but our government does business with these people.”

“If you’re so abhorred, and you find it so reprehensible to do business with these countries as individuals… then why are we not holding our government to the same level of accountability?” 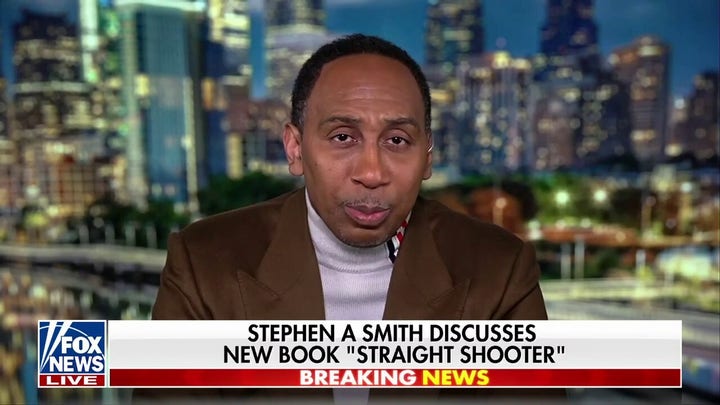 He called the purported double standard “pervasive,” adding public critics of athletes’ political stances — whether they be toward the Chinese Communist Party or domestic issues — often do not offer the same fervor toward politicians in the same light.

“They’re just athletes, OK, that are out there performing and trying to entertain and make an honest living doing so… There’s something hypocritical about that.”

Charles Creitz is a reporter for Fox News Digital.

He joined Fox News in 2013 as a writer and production assistant.

Charles is a Pennsylvania native and graduated from Temple University with a B.A. in Broadcast Journalism. Story tips can be sent to [email protected]