Skip to content
Homepage / Uncategorized / Paraglider on video saves himself with '1 second' before impact: 'This was not the day to die!'
close
Video

A paraglider plummeting to near-certain doom after a chute malfunction rescued himself in the nick of time — and caught the whole thing on video.

Kevin Phillip posted the video to YouTube on Monday. With just 440 subscribers to his channel, the video has already garnered more than 95,500 views as of Wednesday morning.

Phillip went on to explain that the way he was falling made it difficult to use the rescue parachute, which he had to open manually. He said that by the time he managed to save himself, he only had “about 1 second” left to spare before it would have been too late. 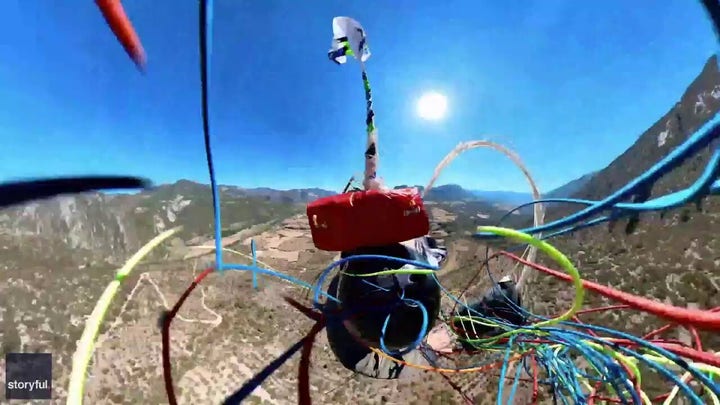 “This was not the day to die!” he wrote.

Phillip then explained that this was an unusual incident and that normally acro paragliding is a safe sport due to its high altitude and multiple rescue parachutes. In this particular case, he had fallen into his lines and wing. The wing also twisted, which made him fall faster. Responding to a comment, Phillip noted that both of his reserve parachutes failed, but he managed to get one to work by pulling on it. 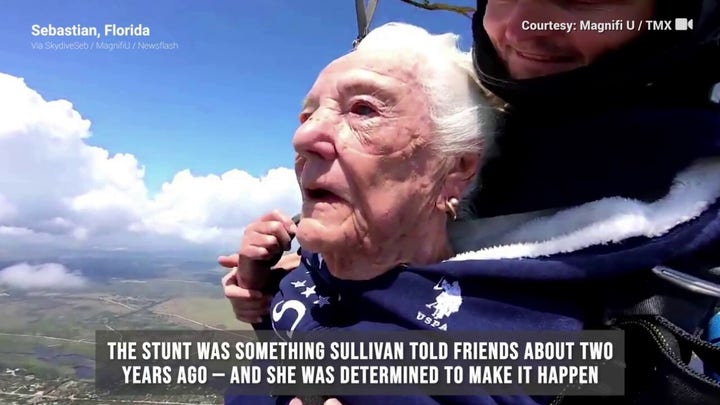 SKYDIVING INSTRUCTOR DEATH: WHAT TO KNOW ON THE SPORT AND SAFETY

“This occasion is quite unlucky and rare. Just to keep in mind,” he wrote. “Fly high, land safe.”

In 2020, a French paraglider caught a similar incident on video. The anonymous aerial daredevil got tangled in his chute and had to rely on an emergency parachute. He managed to deploy it in time and was lucky to end up in a clear space where he tumbled to the ground. 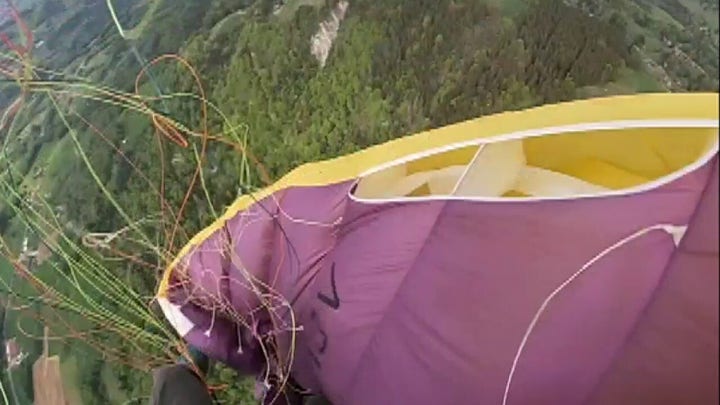 “I landed in a meadow between two forests without any injury or material damage,” he told Newsflare, “as if an angel had protected me.”