Campus Reform reporter and former collegiate swimmer Alexa Schwerha weighs in on transgender athlete Lia Thomas’ claims that she has no advantage over biological females.

Parent groups reacted as a Pennsylvania school district became the first in the commonwealth to vote on a policy requiring student athletes to compete on teams corresponding with their sex at birth.

The Hempfield School District in southern Pennsylvania’s Lancaster County approved the measure by a vote of 6-2 on Tuesday. Some groups are applauding the move, saying it will level the playing field.

“We are thankful for those parents in the Lancaster County School District who are fighting to protect the safety and wellbeing of female athletes by preventing boys from playing on girls’ teams,” Moms for Liberty co-founder Tiffany Justice told Fox News Digital. “Safety of students should always come first; and allowing biological boys to compete against girls in sports is dangerous. Plain and simple.”

“Hempfield School District should be commended for making the right decision and standing up for fair competition,” Army of Parents co-founder Elicia Brand told Fox News Digital. “I know this action was not easy, as today’s environment condemns any dissenting views as homophobic, but the decision of this board was pro-women, not homophobic, and in-line with the original intent of Title IX. I hope to see more schools standing up for purity of competition in female sports.”

“But when it comes to sport, we must compete and contest on the basis of our biological reality, our biological sex,” Dr. Linda Blade of Save Women’s Sports told CBS21News ahead of the vote.

“The body that’s designed as male, throughout puberty and into adulthood, that body needs to stay in the male category,” Blade later added, saying that males have a 10-to-15 percent advantage over women in national and world sports records.

But critics blasted the proposal as discriminatory.

“So I think when people say, ‘we’re here to protect sports for girls,’ they are by definition excluding trans girls from the category of girls, so right there that’s exclusionary and discriminatory,” Jamie Beth Cohen, a parent in the Hempfield School District, told CBS21.

Lia Thomas looks on from the podium after finishing fifth in the 200 Yard Freestyle during the 2022 NCAA Division I Women’s Swimming & Diving Championship at the McAuley Aquatic Center on the campus of the Georgia Institute of Technology on March 18, 2022, in Atlanta, Georgia. (Mike Comer/NCAA Photos via Getty Images)

The Education Law Center, a nonprofit legal advocacy group based in Philadelphia, condemned the policy before the vote in a letter to the school district.

“We urge the board and district to reject the proposed policy because it illegally discriminates against transgender students,” IT wrote. “We urge the board to instead undertake its duty to affirmatively protect the rights of LGBTQ students.”

The ACLU of Pennsylvania called the vote “dangerous” and “cruel.” Other opponents of the policy, meanwhile, argued that it will result in lengthy legal fights with upset parents.

“As the Chair of the Finance Committee, we need to be responsible for fiscal responsibility in this school district,” said Jim Maurer, a Hempfield school board member who voted against the policy, according to WITF.org. “I believe we’re at risk for further lawsuits in the future, which will take away dollars that should be available for the educational needs of our students.”

The debate and controversy over transgender athletes has been nowhere more pronounced than in the case of transgender University of Pennsylvania swimmer Lia Thomas. Thomas was permitted to compete against biological females in the NCAA championships, winning the 500-yard freestyle. Thomas previously swam for the men’s team before transitioning to female in 2019.

FINA, the sport’s international governing body, effectively banned transgender athletes from competing in women’s events in a recent, overwhelming vote to approve the new “gender inclusion policy.” The policy bars athletes who transitioned after 12 years old from competing against women. The move was celebrated by one of Thomas’s competitors, University of Kentucky swimmer Riley Gaines. 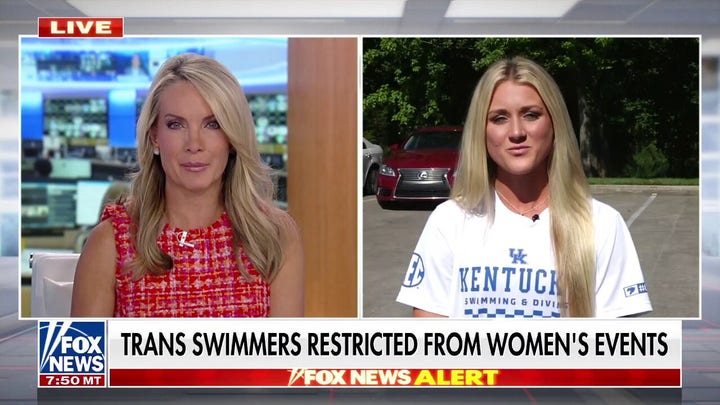 June marked the 50th anniversary of Title IX, a law enacted in 1972 that prohibits sex-based discrimination in schools that receive federal funding. The Biden administration’s newly released Title IX proposals would sweep gender identity into the law’s protections. The administration also said it will release additional regulations on transgender students’ participation in sports.

Before the Education Department released its Title IX proposals, parent groups were sounding the alarm.

“In 1972, Title IX was written, in part, to provide equity in sports for women within institutions that receive federal funding,” Army for Parents’ Elicia Brand said. “In 2022, the Biden administration is changing the term ‘gender’ to ‘identity,’ which defeats the intent and purpose of Title IX altogether, forcing women – those humans born with female anatomy and chromosomes – to have to accept second place. For these women, second is the new first place in sports because of the invasion of biological male athletes disrupting genuine competition.”

“We don’t see any reasons why it needs to be changed,” Moms for Liberty co-founder Tiffany Justice told Fox News Digital of the proposed changes. “We think it really is the erasure of women in general. And as mothers we are women, adult human females, who are not birthing people.”

“We want to protect women’s rights,” she added. “We believe the Biden administration is blurring and in effect erasing women in a lot of different ways.”

Cortney O’Brien is an Editor at Fox News. Twitter: @obrienc2